Open for Business
Join us on the UK's frontline of financial education for young people - Request your virtual programme now!
Press enter to begin your search

See how independent, expert-led financial education makes a lasting impact on the lives of young people

Does financial education work? Prove it!

Our work is designed to provide short, intensive educational experiences that ‘join the dots’; and build up existing capabilities. From the ages of 5-25, we develop young people’s core knowledge and skills, boosting their confidence to successfully apply their learning and take positive steps in their lives.

Many of our programmes are free or funded and can be delivered either directly in-person, virtually via secure video link or as online courses.

MyBnk uses an outcomes-based monitoring and evaluation system with teachers, facilitators and young people, employing a range of data-collection methods to evaluate the effect of our workshops. We collect data at baseline, endline, and follow up points, comparing to control data from non-participants. Quantitative data is supplemented with qualitative interviews and focus groups with a range of stakeholders. Where possible, we access data associated with individuals, such as their rent arrears, evictions and movement into employment and training. Programmes are also scrutinised by external evaluators who set their own impact measurement criteria and have access to our sessions and stakeholders. 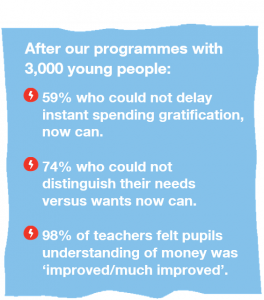 Adult money habits form from age 7, including understanding the value of money and complex functions such as planning ahead. The UK household saving ratio remains at a historically low level. Despite this, there are no compulsory money lessons in English primary schools. 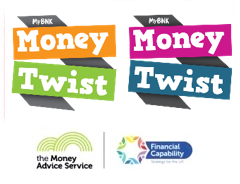 Four years after financial education became compulsory in English secondary schools, teachers say outside experts are better placed to deliver the subject, according to our latest  independent report.

Evaluators Substance found 73% of teachers thought dedicated full time trainers were better able to deliver money lessons than other teachers and 70% thought they were more effective than volunteers. After expert-led sessions 11-16 year olds were found to be 22% more capable of managing money and understanding personal and public finance than control groups.

An 11 month study analysed data from 2,287 pupils and 231 teachers at 86 schools participating in our Money Twist Key Stage 3 & 4 programmes and 4,797 pupils in control groups. The report is part of the £11.9m ‘What Works Fund’ managed by the Money Advice Service (MAS), which is now part of the Money and Pensions Service (MAPS), testing the effectiveness of interventions across the UK. 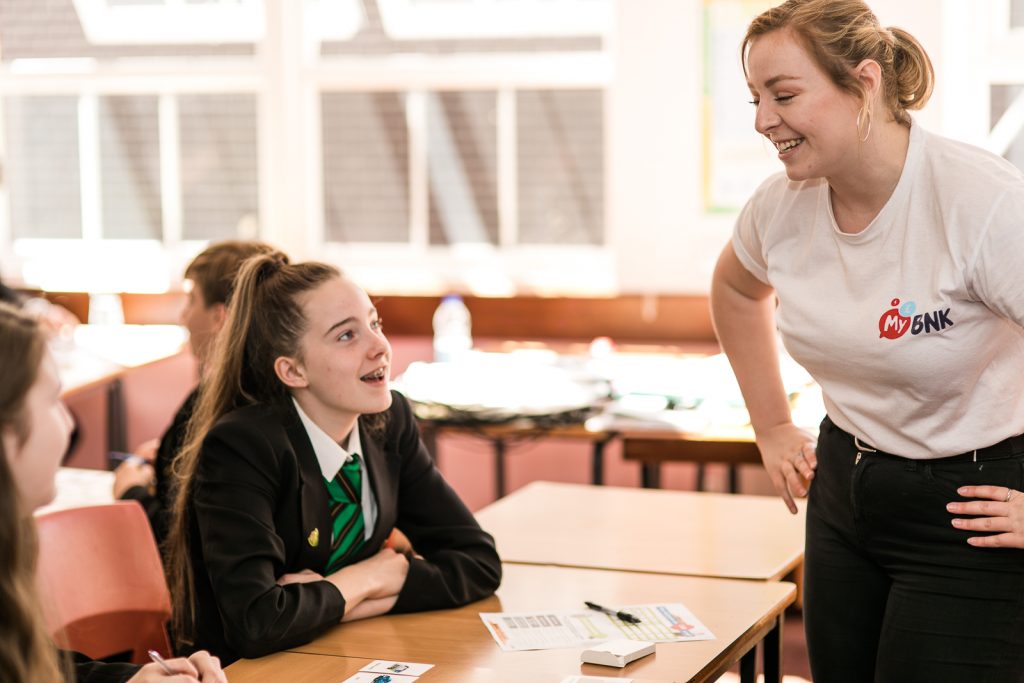 After MyBnk’s expert-led intervention there was a: 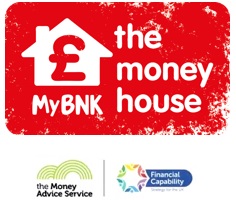 The latest of our independent reports into the effectiveness of MyBnk’s financial education projects has shown dramatic reductions in the number of vulnerable young people being evicted from UK social housing.

Nearly a thousand 16-25 year olds, in care or sheltered accommodation, took part in a two year impact study of ‘The Money House‘ project in London.

Findings from independent evaluators, ERS, found participants were now three times less likely to have unsustainable arrears and there was a 64% drop in evictions for those ‘at risk’ of losing their home. The report was part funded by the Money Advice Service.

In the midst of a housing and homelessness crisis, research tells us one in three care leavers currently lose their first home and 83% of evictions are caused by rent arrears. Only 1% of The Money House graduates have ever been evicted. 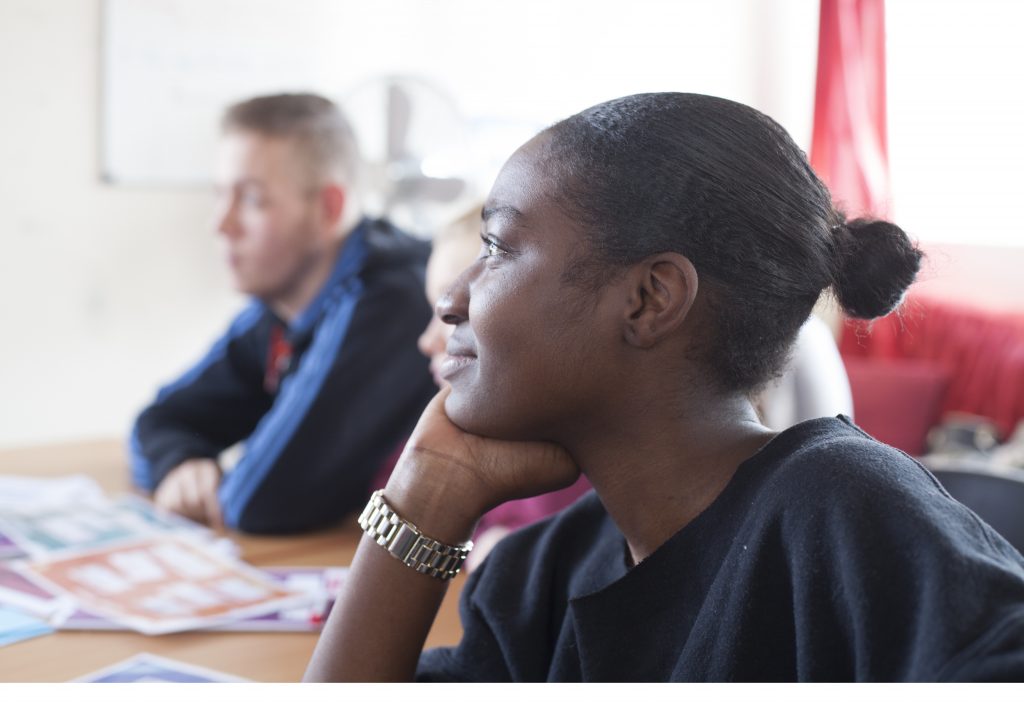 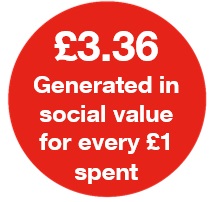 After MyBnk’s expert-led intervention there was a:

There were also large reductions in instances of financial and digital exclusion for those who were unbanked and had never saved or budgeted. 54% were now saving, 35% budgeting, 75% now had a current account and 44% use online banking.

Every £1 spent on the programme generated £3.36 in social value, according to the respected Housing Association Charitable Trust social value model.

Our latest Money Advice Service funded report focuses on a yearlong impact study of our ‘survival’ money management programme, Money Works. Independent evaluators, ERS, examined its effectiveness with over a thousand 16-25 year old NEETS and care leavers, who are on average more likely to be in poverty and have problem debt.

MyBnk found vulnerable young people were below the national average for their peers across a range of indicators, but after intervention, exceeded their more capable peers in the long term:

Young people can defer gratification and start saving if exposed to expert-led financial education at primary school age, according to a ground-breaking study of MyBnk’s workshops in England.

Substance, an independent research group, found 7-11 year olds are also able to understand new knowledge such as banking, gain skills like budgeting, forge habits including resisting temptation and conceptualise the future by recognising the consequences of financial decisions.

The academic yearlong study analysed data from 1,444 pupils and 187 teachers at 86 schools participating in our Money Twist programmes as part of the Money Advice Service’s (MAS) ‘What Works’ project testing the effectiveness of interventions across the UK. 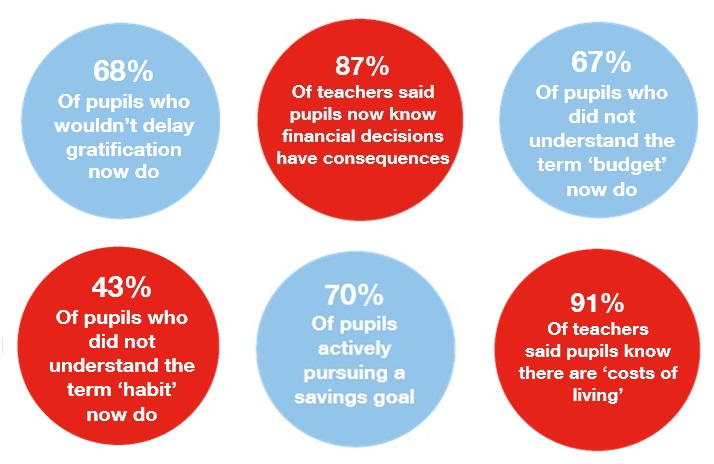 Dozens of UK projects were scrutinised examining ‘what works’ in financial literacy in an effort to raise standards and outcomes.

According to the hub, our flagship schools programme, Money Twist, for 11-18 year olds resulted in financial capability improvements in: 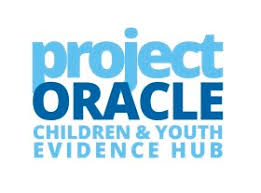 MyBnk won a major award from Project Oracle for proving the positive impact of our financial education programmes on the lives of young people.

The Mayor of London and Metropolitan University initiative is London’s first children and youth evidence hub. They examined our training and quality methods as well as independent assessments, concluding we are:

Simultaneously, MyBnk were certified as Standard 3, meaning we:

“Demonstrate through rigorous evaluation, that we are having a measurable effect on our most important outcomes: Financial Literacy”. 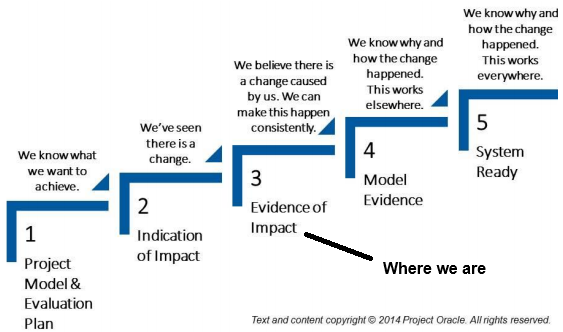 A project that has undertaken evaluation that draws a consistent link between the project and the change in outcomes, indicating that the project has caused the observed changes. The project also has procedures in place to increase the likelihood of it being implemented in the future in ways faithful to its design.

MyBnk has been recognised for its leading role in impact measurement by being accepted into the ‘Impact Champions Network’ with the New Philanthropy Capital.

Impact Champions work directly with voluntary organisations and support them to develop their impact practice, comprising a range of organisations from funders, commissioners, membership bodies and infrastructure organisations.

As an Impact Champion, MyBnk has committed to help increase the capacity for impact measurement across the sector by engaging with and increasing the use of impact practice resources, spreading awareness of the importance of impact measurement to our wider networks and establishing a best-practice code of conduct.

During the academic year 2010-11, four programmes were the focus of an impact evaluation by independent consultants: Money Twist, Money Works, Uni Dosh and MyBnk-in-a-Box.

295 MyBnk programmes were delivered to 6,286 young people in twenty secondary schools and youth organisations in Lambeth, London. This work was made possible with the support of the J.P. Morgan Chase Foundation.

Three areas of financial capability were measured; knowledge, skills and attitudes, values & self-belief. The key findings of the report include: 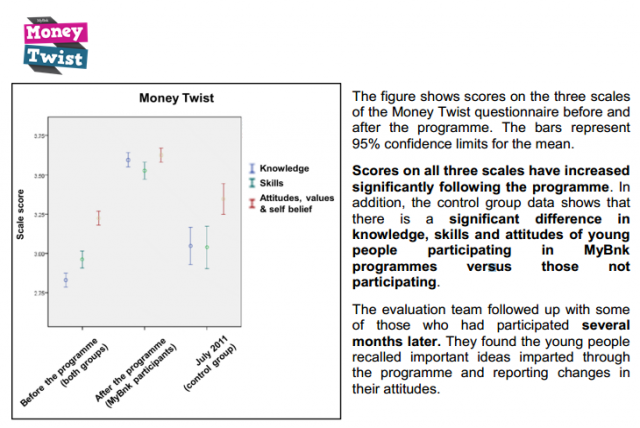 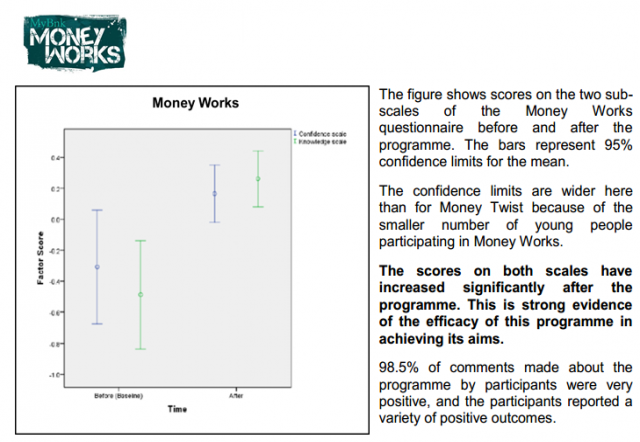 In the summer of 2013, MyBnk delivered dozens of financial education programmes to over two thousand 16-18 year olds taking part in the National Citizens Service in partnership with the Cabinet Office, Reed in Partnership and the Football League Trust.

Here are the results of a sample of 441 participants in which 89% of young people said Money Twist workshops gave them good/excellent skills like budgeting and banking. 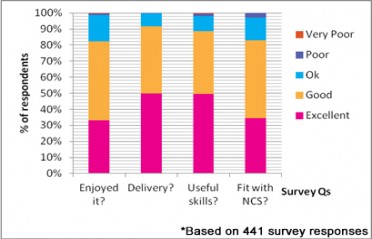 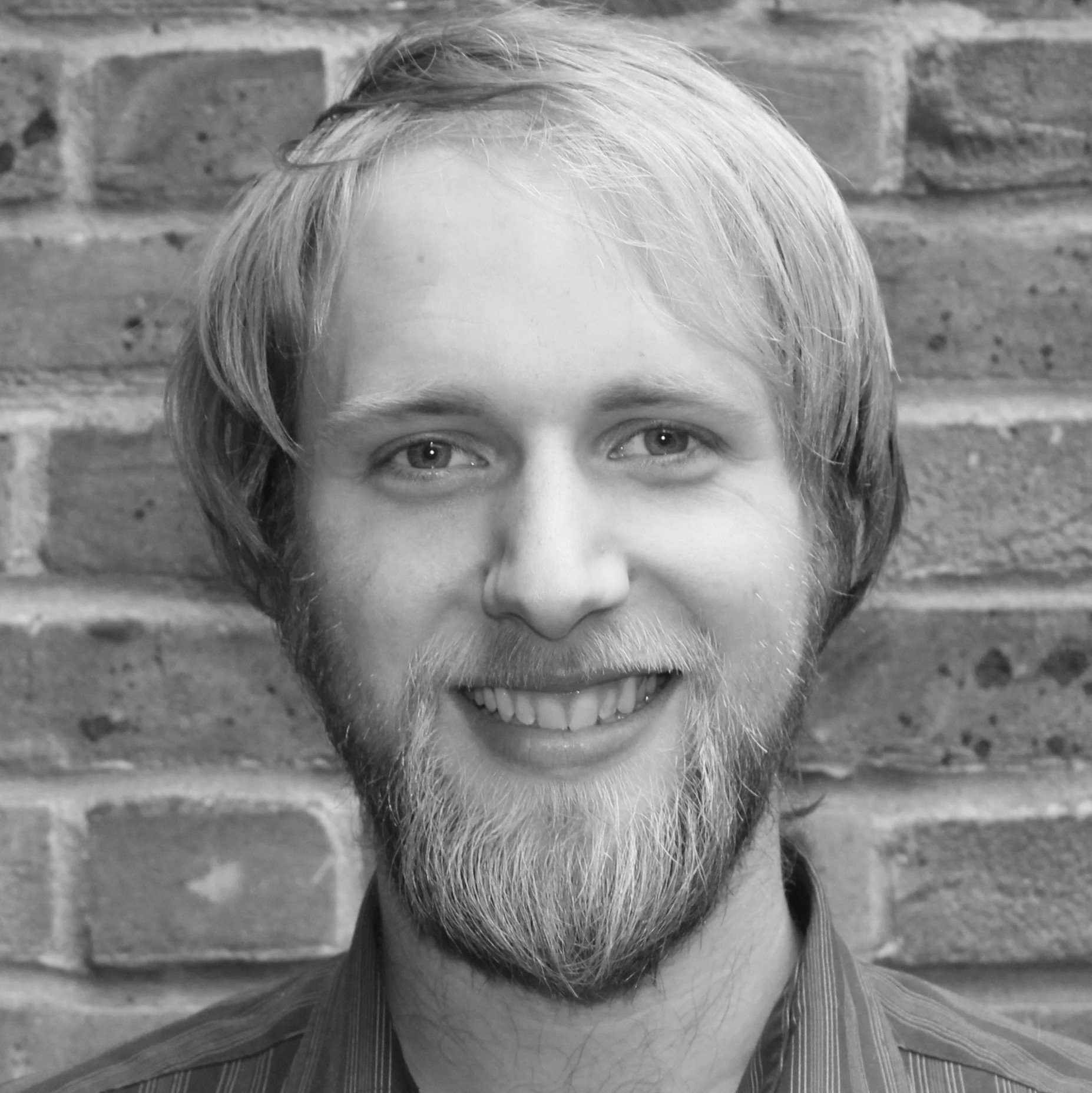 Steve is a History graduate from the University of Leeds and has an MSc in Education for Sustainability. He has a background in sports and environmental education and was one of the first cohort of Money Advice Service one to one advisers. Steve has been with MyBnk for over nine years and oversees MyBnk's quality & training, impact measurement and national expansion." 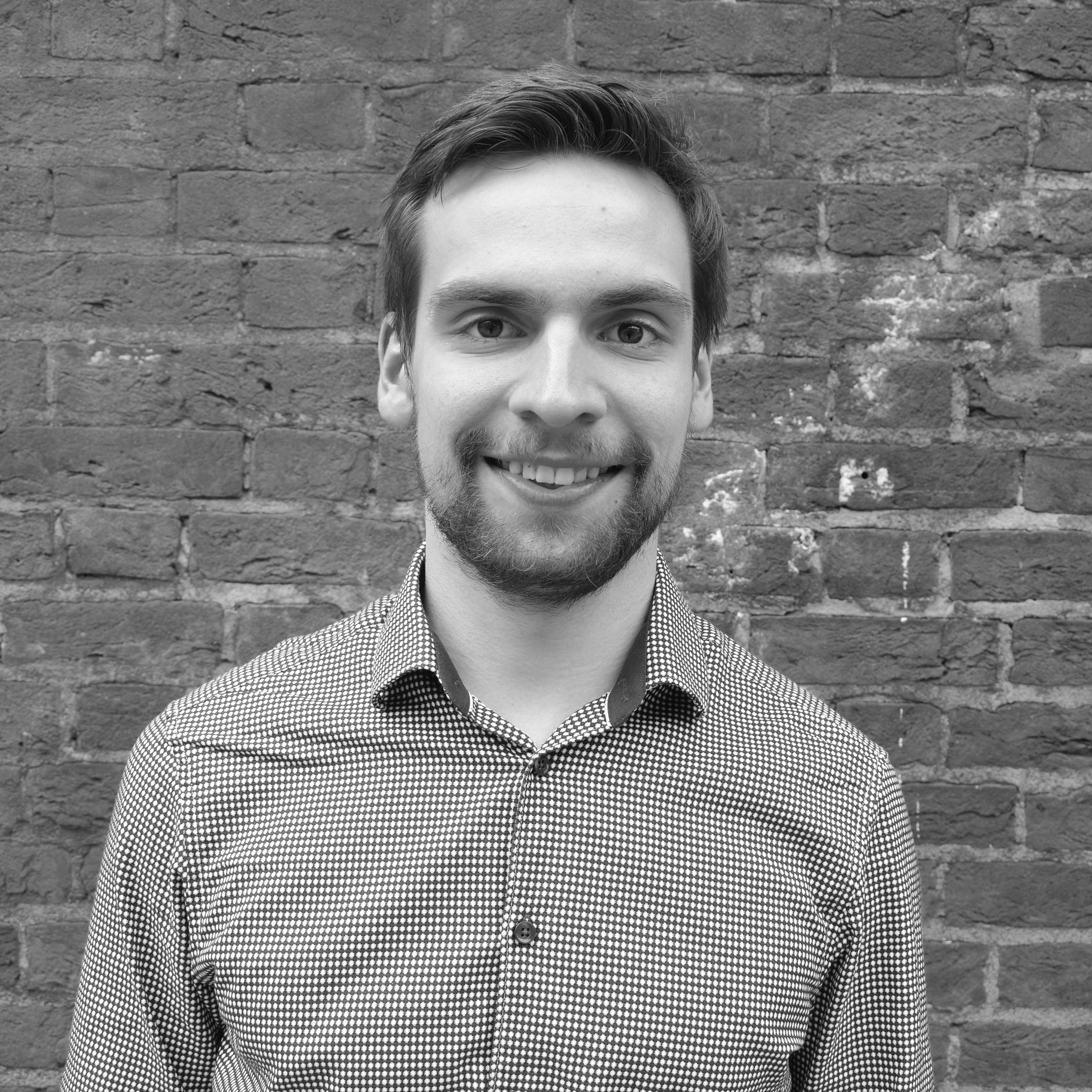 "Your financial life is like a box of chocolates. You never know what you're gonna get".

"Your financial life is like a box of chocolates. You never know what you're gonna get". 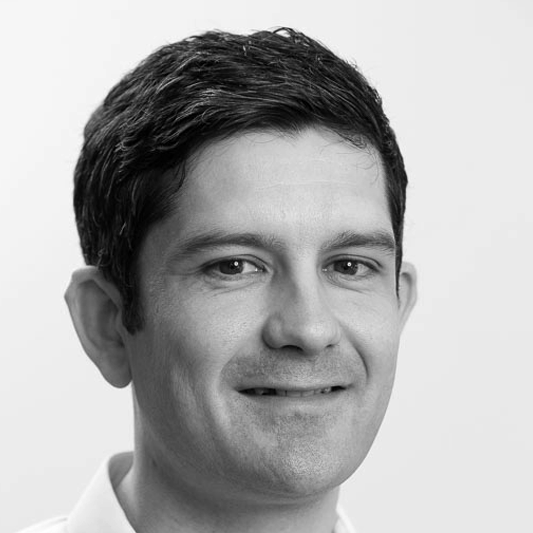 “Many folks think they aren’t good at earning money, when what they don’t know is how to use it.” —Frank A. Clark

“Many folks think they aren’t good at earning money, when what they don’t know is how to use it.” —Frank A. Clark 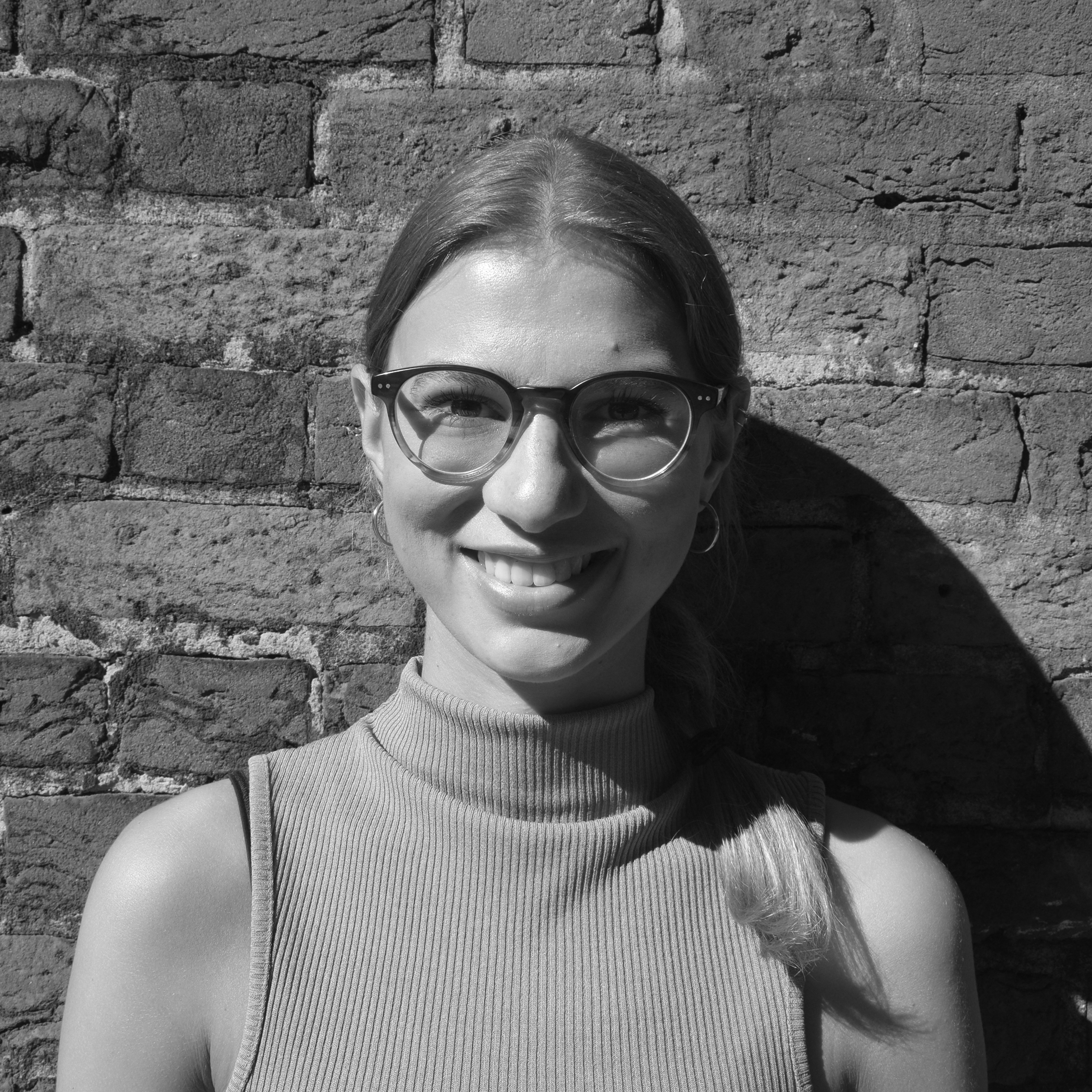 "Cash rules everything around me, Get the Money, Dollar Dollar Bill Y’all".

"Cash rules everything around me, Get the Money, Dollar Dollar Bill Y’all".